Love of my Life

Hey everyone! So, we’re back in Choma, Zambia after a VERY long bus ride (35 hours) to the kingdom of Lesotho, found in South Africa. Our Immersion team went to Butha Buthe for 10 days to do outreach and to serve the Leadership Experience (LXP Lesotho) ministry there. The team leaders who are also husband and wife of this ministry are Godfrey and Elizabeth, and I got the amazing privilege of staying at their house. So, I got to spend a lot of time watching their marriage and their way of life, and it was all such an encouragement to me! Not only did I learn a lot from the ministry, but God showed up, as He is notorious to do when I least expected Him. Lesotho turned out to be a place I’ll never, ever forget. 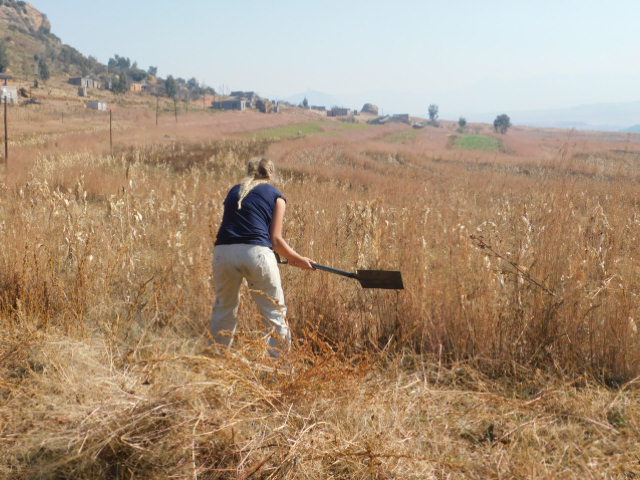 Surrounded by mountains made of rock with a few sprinkles of trees, Lesotho is a breathtaking land to behold, much different from the flat Choma I have grown to love. Just the landscape puts you in awe of God’s amazing creativity. The Basotho people, who live in Lesotho, and who speak the language Sesotho are also very different from the Zambians I have grown to love. From the language, which is stinking hard because there are so many clicks, to the clothes they wear, they are so neat to watch. When we arrived in Lesotho, it was the coldest it had been all winter. Just our luck! It was freezing, literally. So everywhere you looked, the people wore blankets draped and wrapped around their shoulders and their thighs to keep the heat in. If you have seen the Black Panther movie, you know what I’m talking about, because part of that movie was filmed there. The people of Lesotho even prepare their nshima differently there (still tasty). I just loved taking note of all the cultural differences between Zambia and Lesotho. It was absolutely breathtaking!

I have so many things I loved about my experience in Lesotho, but I think the biggest takeaways are what God was teaching me there and getting to serve the community and meet some of the villagers! While I was there, God really began speaking to me about my identity again, that I still wasn’t seeing myself the way He sees me, and that we’ve got to continuously work on it. He also really began forcing me to see that I have always had a fear of being rejected, of being alone, and I have to come to see that NO MATTER WHO LEAVES IN MY LIFE, HE NEVER WILL. Hard truths, but I needed them. 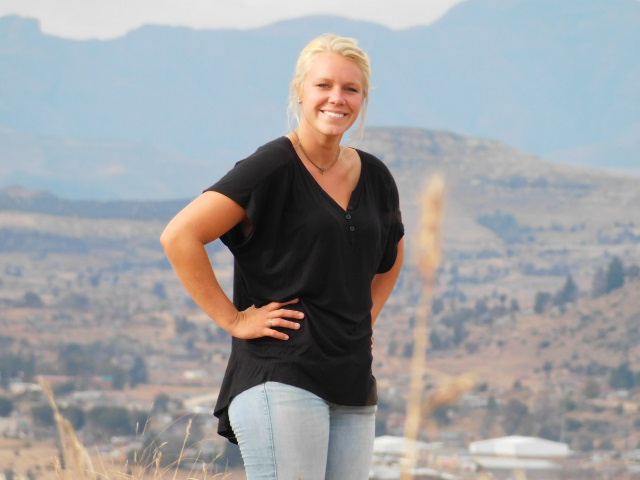 As I spent my first “solitude” time with Him on the mountain, He began walking with me and talking like I have never seen Him before. I have really learned that if I give Him time, He can work through anything with me.

When we went to Lesotho, I knew we would be doing something like community service, but I didn’t expect so much of what we did. We painted, scraped off, and repainted a school for grades 1-7 a new, peaceful color yellow, and yes, we did it in that order. Lesson learned. We tried to fix a super bumpy road, and it did help some. We helped rebuild part of a house made of rocks and clay with some longer lasting concrete, which was a really cool first for me! We helped clear a farming field full of spiky burrs with a bunch of shovels. We washed the dishes that “bred on the counter” and we swept and we built chicken coops. But the best part was the kid’s ministry days. We danced and worshiped in 3 different languages, rolled tires around and kicked soccer balls until I thought my heart would burst and my cheeks hurt from smiling. We carried buckets to a local tap for water and raced back with the filled buckets in wheelbarrows (I lost). We pet baby cows and puppies (don’t tell my leaders because I can’t seem to stop and they get frustrated– hehe).

We watched soccer games and cheered together. I met an old man who had been prayed for by a young intern two years ago, and he was miraculously healed straight out of his wheelchair. He must have asked us where Emily was a hundred times. He was so precious, and what Jesus did in his life made such an impact. Meeting the people in Lesotho was such a blessing.

Outreach was a trip I will never forget. Spending time connecting with people on my team, the people in Lesotho and time connecting with the Love of my life was so beautiful, and I have grown so much from it. I so appreciate the chance to get to go! Until next time, peace out!!