It’s Henry, back again to wrap up the last blog after a period of three months. It has been kind of long, but it’s done and I am fully empowered. It’s been a wonderful last few weeks of this period. Much has been given to equip us and prepare us to get back into the real life of the world, getting back to our day-to-day life. Indeed, what I am writing about was very vital to be among the last teachings in order to get back into the communities while our minds are still fresh. You know what it is? It is the empowerment to fight for justice.

It was timely to have the last session on justice because it stands to be the mission/objective for Poetice International Zambia. Hearing about justice, what always came to my mind was the court, judgment, and execution, but this study has helped me open my eyes to start seeing myself as a tool to exercise justice.

I came also to know that there are categories of justice, but all move with forgiveness. This can be done by first identifying the five giants that lead to injustice, and these giants are spiritual emptiness, oppression, illiteracy, disease, and poverty.

I have been empowered to fight all the injustices that are the five giants; justice starts with an individual disciplining himself to be just through his behavior and character, later to the next person by speaking out against any injustice. Though you might have less impact, it can help awaken other people to follow you in the journey to fight for justice.

The most profound way justice was expressed was through forgiveness and mercy by Christ on the cross. This passage also empowers me to use forgiveness and mercy as a tool to express justice in the communities that I serve with. By doing this, let’s also keep in mind that vengeance belongs to God; God alone has the extreme powers to do that.

Lastly, thanks to Poetice for opening my eyes towards all the different kinds of injustices going on in our communities. God bless you abundantly.

POSITIVE RESPONSIVENESS REGARDLESS OF THE SITUATION

August 1st, 2018 Posted by Henry Imwumbe Immersion Internship – 2018 0 comments on “POSITIVE RESPONSIVENESS REGARDLESS OF THE SITUATION” 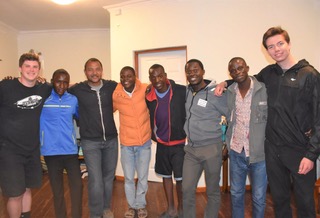 Right from the first blog post from me entitled “Refreshed,” followed by the two weeks of outreach and I am excited to share again how this journey of refresh is still on its continuation.

It began like three days before the outreach for our team to Lesotho that I came to realize that I wasn’t going to go with the group and had to remain behind. This seemed like the hardest time in my life. For that moment, I had all the excitement, you know, and was ready for the trip for outreach. So I thought I had nothing to update you with at the moment.

Amidst all the disappointment, I was down, asking God why did this happen? Am I not fit for that ministry? What has happened? But thanks be to Him for there is always a solution to any situation. There was a camp which was about to happen at the base which seemed a right solution for the staff but my heart was not yet back; it was with the people on the journey to Lesotho. Day one of the camp was very hard for me but as I continued listening to the Father I came to starting seeing God do good things.

As the theme of the camp “KINGDOM CAMP” I was amazed seeing the Poetice youth take the initiative leading in the day camp after just two days of training. That was really life-changing.

After staying, I was recruited as “staff” and so I led the group of the 12-year-old campers by sharing my story to them about my family and keeping myself around playing with them, but remember, my heart was not fully available. So I was just, like, my presence was seen, but not knowing that God was using my story, games, and interactions to teach some of these youth lessons. 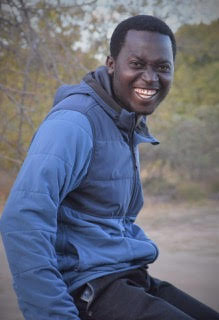 The best experience and the turning point that brought me fully in the camp, and to clearly see God, was when I was asked to lead the debrief around a bonfire where it was very successful and everyone appreciated. So I thought, “If man is like this, wow, then what about heaven?” From that time I said, “I am in, God.”

Secondly, the groups from the States. We were told to just appreciate somebody that has really touched your heart and through his serving, you’ve been blessed. I was amazed after receiving many papers from people acknowledging all that I had done throughout the camp. To my surprise, one wrote to me something that touched my heart and I shed tears: it was just from hearing me share my story about family and my daughter. She was appreciating me for the love that I show to my family and she considered me a dad since she had lost her dad at the age of 6. This taught me that God just needs your responsiveness and for sure He will give you what to speak that will be the right diet for His people that He has sent you to.

We ended the camp and had three days free and alone at the base which gave me enough time for solitude and to listen to the voice of the Lord.

The challenge was just one my group leaving me behind but later as the camp was moving on, I felt that it was in God’s plan for me to stay such that my story should look just like the one you’ve read above for my story wasn’t in Lesotho but it was right where I was.

NB: God just needs our responsiveness for what He needs to do is none of your concern but your presence /availability is what He will use.

Henry Iwumbwe from Uganda – East Africa. I am married with a daughter of 2years. I have been walking with the Lord since 2003 and have seen God put me into ministry and call me a preacher. I was born and raised in Uganda but later moved to Rwanda and stayed there for 10 years. That makes my culture a mixture of two cultures. From all the above time I felt like Moses as he would go up to the mountain to listen to the Lord and could come back with the glory of the Lord shining upon him; meaning he was from a refreshed camp from the mountain with the Lord Exodus 34:28-30.

My experience in Choma, Zambia so far…

The evening that I arrived at the base for the internship, it was to my surprise I found there everyone busy with a kids camp. I had to join after nearly 24hours of travel and knowing nothing concerning what was going on. I was shown my bed and found it super, laid with a wonderful apple waiting to just refresh my mind. From there I was shown the group I was assigned to lead throughout the camp. This same group of youth I will be responsible for throughout the internship.

Monday 28th May the sessions started. From this, I said ‘yes now I am found!’, and a lot has been covered thus far: GOD’S STORY, IDENTITY, FREEDOM AND THE DREAM THAT GOD HAS FOR AFRICA.

All this has opened my eyes. Though I have been walking with the Lord for many years, I still needed more of Him in my life. Below are some of the insights that the Lord has taught me through the above sessions that have been covered:

– This followed by reminding me who I am in the kingdom family. This has changed my life from speaking and admitting core lies that have been in my life to come to the knowledge that my identity is fought by the devil who is always whispering negativity in our lives and ministry such as, “you’re not loved”, “you’re not able”, “you’re cursed”, among others.

– On freedom, I learned that before attaining freedom, you are a slave gathering rocks. When you get freedom, you become a son scattering seeds and came to know that real freedom is not doing what you want but instead its doing what God wants you to do. This has shown me that freedom is moving away from a bad master to a good one but it doesn’t mean that you’re out of anyone’s boundary or control. This new good master sets up the rules to follow. Thanks to Dave our great teacher who even took us into ‘Trip In’ sessions. It was amazing.

– The week we’ve just ended was week four. It was about knowing the dream that God has for this continent of Africa. This opened my eyes and erased all the core lies that had become permanent in my mind that Africans are. After the flood, Noah had three children who regarded as the three races that we all originate these are; Ham, Shem, and Japheth. Being the descendants of Ham the father of Canaan. When Ham saw the nakedness of his father Noah, instead of cursing Ham, Noah instead cursed Canaan. Cannan has never been an African descendant for Ham had other children who included Cush, Put, Mizraim who are the only one believed to have traveled to Africa. (Genesis 9:18-19,10:6-12). Thanks, Bruce and pastor Fred for this wonderful revelation.

OUTREACH EXPERIENCE
We do different outreaches through the week and have seen God work in us and great miracles happening in my life. Below are some of the experience that I am going through during this program.

– Monday we do community trash clean up in the neighboring communities and I signed up for this ministry in order to teach me much on how to be humble and grow more the servanthood in me. I have enjoyed when we the people say thanks for the good job and when we are joined by some of the people from the community in the picking process.

– My testimony can’t finish without sharing this story. We went for outreach and found a girl attacked by evil spirits. People crowded around and in my heart, I wondered how I could pray for this girl in the open space. I went on my knees and laid my hand on her head and guess what God proved to me that He is available regardless of a place! He is in any broken heart. We were amazed when a different woman from the crowd also began to manifest evil spirits. All people were afraid kept silence and God gave us an audience to pray for this woman in an open space. We took the young girl away to continue praying with her in her home. Both the woman and the young girl were set free and have not been attacked since!

– This was real refresh and outreach when we went to have some fun and had an opportunity to play some soccer and volleyball. Man, it was real because it had been three years since I last played these games.

RELATIONSHIPS
I have met many wonderful people and interacting has just been so fun the mingling of cultures food American, Mexican and above Zambia’s number one meal “nshima”.

In conclusion of the past four weeks, the Lord has been so faithful to me and it has helped me to discover myself and to erase all the lies that I was contented with as part of my life, yet they are just voices from the accuser. Because I have managed to know God’s purpose for me and found my position in the kingdom culture, and came to know even the freedom given by Christ who is the author and perfecter of my faith.

Very excited for much more that the Lord has for me in store for the next remaining weeks. Thanks and blessings.